Importance of Rudraksha Mala in Hinduism 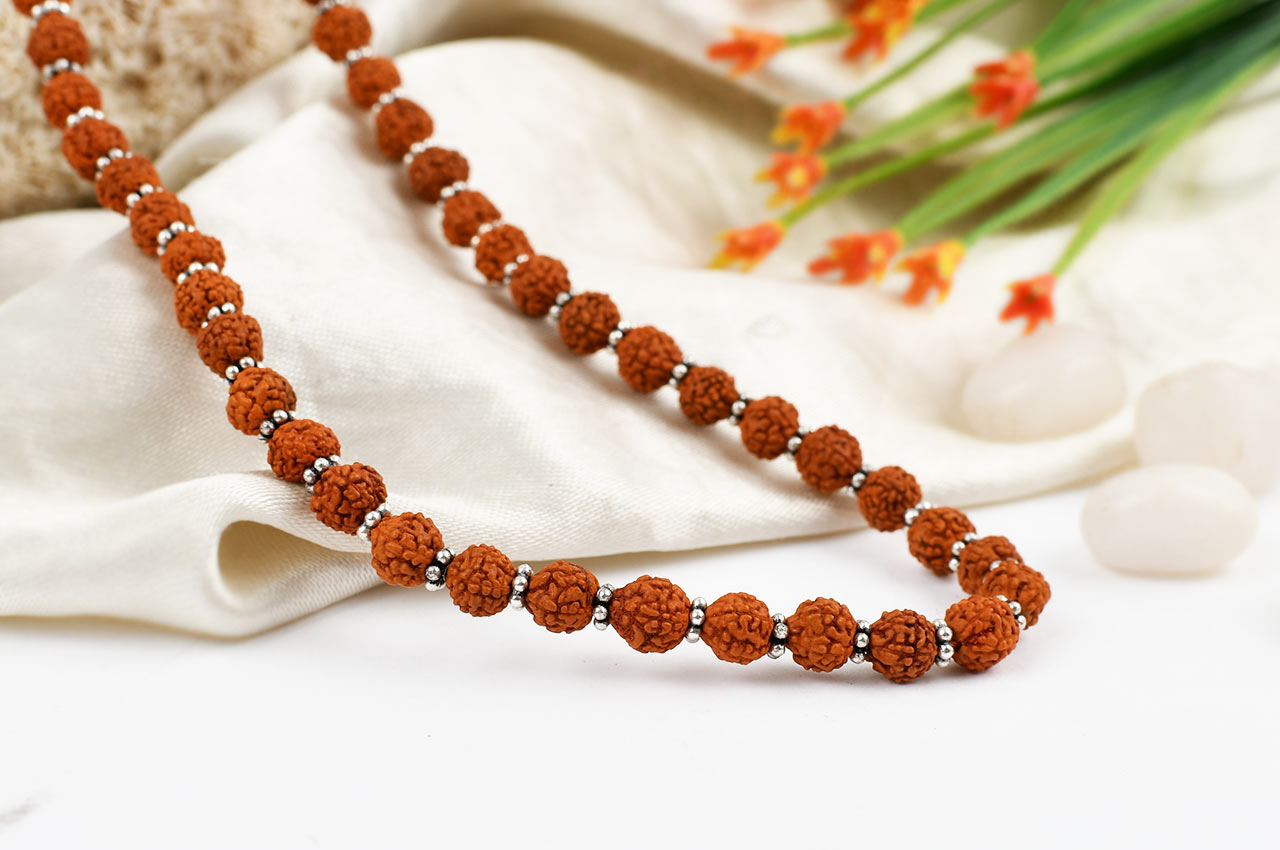 Every ritual and custom practiced in Hinduism holds a rich history that is backed by spiritual and scientific benefits the ritual offers. Such as meditation, mantra chanting, cleansing of body chakras, healing diseases, experiencing physical, mental, and emotional healing, or be it achieving your various goals, wearing Rudrakshas form an excellent source of overall healing and growth in the spiritual realm. Rudrakshas are divine beads that are said to have originated from the eyes of Lord Shiva. These auspicious beads have been used since then by the deities, Gurus, and sages in the form of Rudraksha Malas. Even today, these divine beads are in great demand for their healing properties and the spiritual benefits they offer. Many people wear the Gold Rudraksha chain as it looks elegant and suits all attires

As mentioned above the Rudraksha Malas hold great significance in Hinduism. Rudraksha Malas have long been used as a medium to achieve desired goals and to heal from within. The Rudraksha beads as we all know are available in various mukhis (faces); the Rudraksha beads range from 1 Mukhi to 21 Mukhi and there are many other varieties like the Sawar Naag, Trijuti, Gauri-Shankar, Garbh- Gauri and Ganesh Rudrakshas. Each of the above-mentioned Rudraksha beads holds unique healing properties, gives a range of specific benefits, is ruled by a specific deity, and is associated with a specific group of planets and chakras. The divine beads when strung in a mala or a Gold Rudraksha chain act as a powerful tool that helps in the overall upliftment of the human race.

Significance of Rudraksha Malas in Hinduism

●     The Rudrakshas came into being by the teardrops of Lord Shiva

●     The beads are considered Holy in Hinduism because they offer physical, mental, and emotional healings

●     In Hinduism, the Rudraksha mala is highly revered as it is a great tool that helps in meditating and making one focused

●     It is also believed that a person who worships or chants on the Rudraksha mala is blessed with many boons which result in the overall growth of the wearer.

According to one legend, there once lived a demon king named Maya. He was very powerful and fearless. He built three cities; all three cities were constructed in different metals. One was made of Gold, the other was built in Silver and the third was made of Iron. He named this township Tirupur as these cities could not be destroyed by any attack or force. Because of this creation, the demon Maya came to be known as Tripurasura. This fierce demon harassed Gods and saints and disturbed everyone making their lives miserable.

Lord Brahma and Lord Vishnu tried to control the demon but they too failed. Day by day the demon started causing more troubles and soon all the Gods including Lord Brahma and Lord Vishnu went to Lord Shiva to seek His help. The Lord agreed to help. Lord Shiva indulged in deep meditation and after we woke up, He made use of the most powerful weapon called ‘Aghor’ to kill Tripurasura. The fire-lit weapon killed the demon but the light and brilliance of this weapon blinded Lord Shiva for some time. Shiv Ji closed His eyes for some time and when He opened His eyes, tear drops rolled out of his eyes and when these drops fell on Earth, they turned into Rudrakshas and grew into evergreen trees.

Wearing a Rudraksha Mala for chanting and meditating over it offers a range of healing and benefits to the wearer. Given below are a few of the many benefits an authentic, original and real Rudraksha mala offers

●     The Rudraksha mala when worn does not allow negative energies and evil eyes to affect or even come closer to the wearer. The energy of the Rudrakshas strung in the mala nullifies and destroy the bad energies

●     Offers confidence, boosts will power, and clears the vision

●     Rudraksha mala also helps one to get the desired partner

●     Offers relief from various diseases, and mental conditions and helps to balance the emotions