Which to Opt for Your Android App Development? Kotlin or Java 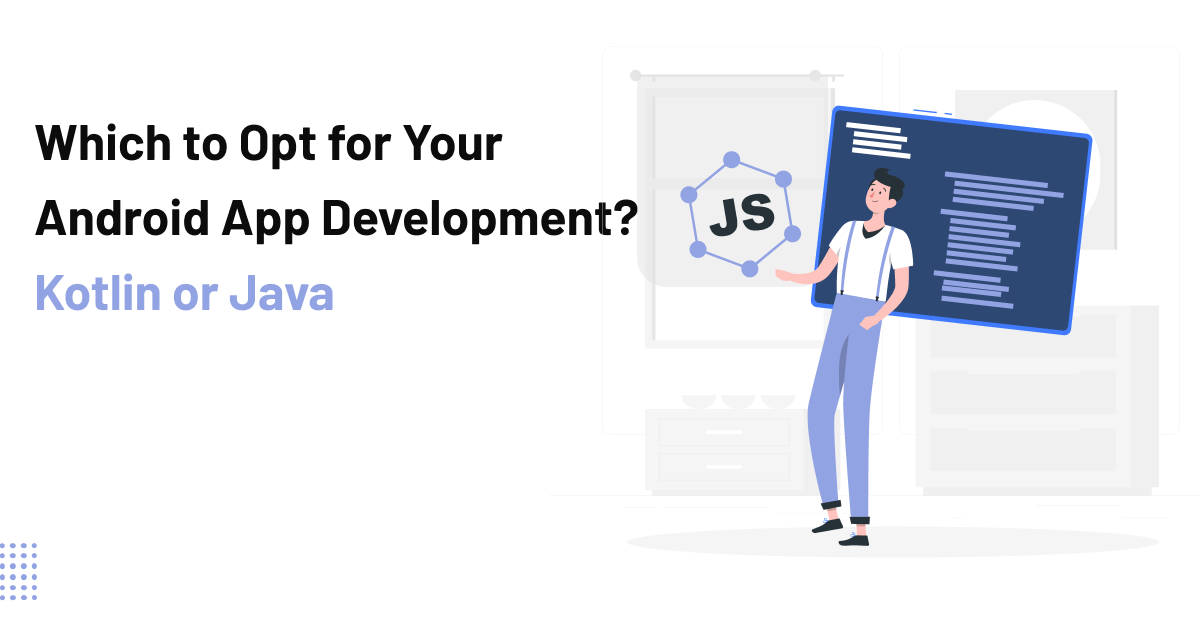 Undoubtedly, Java had a dominant position among programming languages and was regarded as one of the most crucial resources for Android app development. The programming languages available to Android developers have expanded over time, however. C#, Lua, C/C+, JavaScript, Scala, Clojure, and others are a few of them. But one statically typed programming language, in particular, has captured the spotlight, and even Google I/O is centered on it. The hotline is the language that JetBrains created. In reality, Kotlin will now be an officially supported language for creating Android apps, according to a conference announcement made by Google I/O. Following an important statement, there was a surge, and the pros and cons of Java against Kotlin were started. One benefit of Kotlin is that it can be effectively installed and executed on the Java Virtual Machine (JVM).    We aim to demonstrate why Kotlin is superior to Java by highlighting its advantages and disadvantages.

As opposed to Java, the first benefit is that Kotlin is significantly simpler to learn. It provides to those aspiring to build Android apps.

You don’t need any previous experience with mobile app development to master this language. The programming language may also be created quickly, in addition.

Plus, it would be the cherry on top if you are conversant with programming languages like Java or C#. Kotlin’s creators did a fantastic job of making the language simple enough for young children to understand.

Additionally, Android Studio provides the developers with expanded assistance and educates them on the available adaption tools. It’s fascinating that a developer may select Java without second thoughts while concurrently working on a project in Kotlin. Because of this, Kotlin is simple to comprehend and use while developing applications, even for Java experts.

An Android Developer may have a variety of alternatives available to him when he chooses a programming technique. Pick a programming paradigm may sometimes be challenging since each has advantages and disadvantages. Now you can depend on Kotlin, which provides a well-balanced blend of functional and procedural programming, without causing any misunderstanding.

Additionally, Kotlin provides extension methods that aid in extending the class’s level of proficiency. The lack of need for the developers to adhere to the same customs and aesthetic patterns aids in modifying the style. But everybody who has used Java will know that they must utilize class by utilizing Java.Util.Collections codes.

These codes are also incredibly lengthy and intricate. Additionally, it will take a lot of time. But why go the other way when you have Kotlin? Better use of it.

As a result of its shorter and more compact codes, Kotlin provides developers with a more pleasant experience compared to Java. There are reduced possibilities of bugs being created if you have to write fewer programs. On the other hand, Kotlin employs less boilerplate code than Java, which requires developers to write lengthy sentences while coding.

The dependability of Kotlin’s code is well recognized. It has been noted that developers often have issues with runtime errors, syntax that doesn’t release, improper use of null pointers, etc. The developers should know that null pointers help develop good, error-free code. Kotlin provides all of these benefits.

Variables without assigned values are incompatible with the compiler and cannot be used. Thus, including a question mark at the end is crucial if you want to utilize the variable. When writing code, the compiler must keep an eye on the nullable value. What is the advantage now? It increases the resulting code’s security.

Control over data consistency is another significant benefit Kotlin has over its rival Java. Android developers no longer have to go to the trouble of using a manual command mechanism to maintain data homogeneity is undoubtedly a significant advantage. They have a few choices to alter it.

Higher-order functions, generally speaking, are particular languages that may take other functions as inputs or return them as values. However, one of the main reasons they have required us is because they help in condensing programs, even those with complicated logical structures and high levels of complexity. It is possible to write programs elegantly.

Contrarily, this is something that Java continues to lack. You are not obtaining these commands’ accessibility here. Kotlin, you have the option of lambda expressions, in which the function is called another function rather than being stated.

With regard to the data classes, Kotlin arguably outperforms Java in several other areas. To put it simply, classes are the places where the data is kept, and prefixes often identify them, like Var or Val. Additionally, this saves time and makes it much simpler to decipher the codes.

One might say that the competition between the two most popular programming languages for creating Android applications was exciting. However, Kotlin consistently outperformed Java throughout the conversation, which is why it is thought to replace Java eventually.

On the other hand, given that it is still relatively new to the app development industry, it will take some time before it experiences additional growth. Although Google is prepared to support it, it is not official so you won’t get much assistance from that end.

Non-fungible tokens, popularly known as NFTs are all the rage these days.… Technology
How To Fix The Outlook Not Responding Error

From time to time, a lot of people will experience the Outlook…